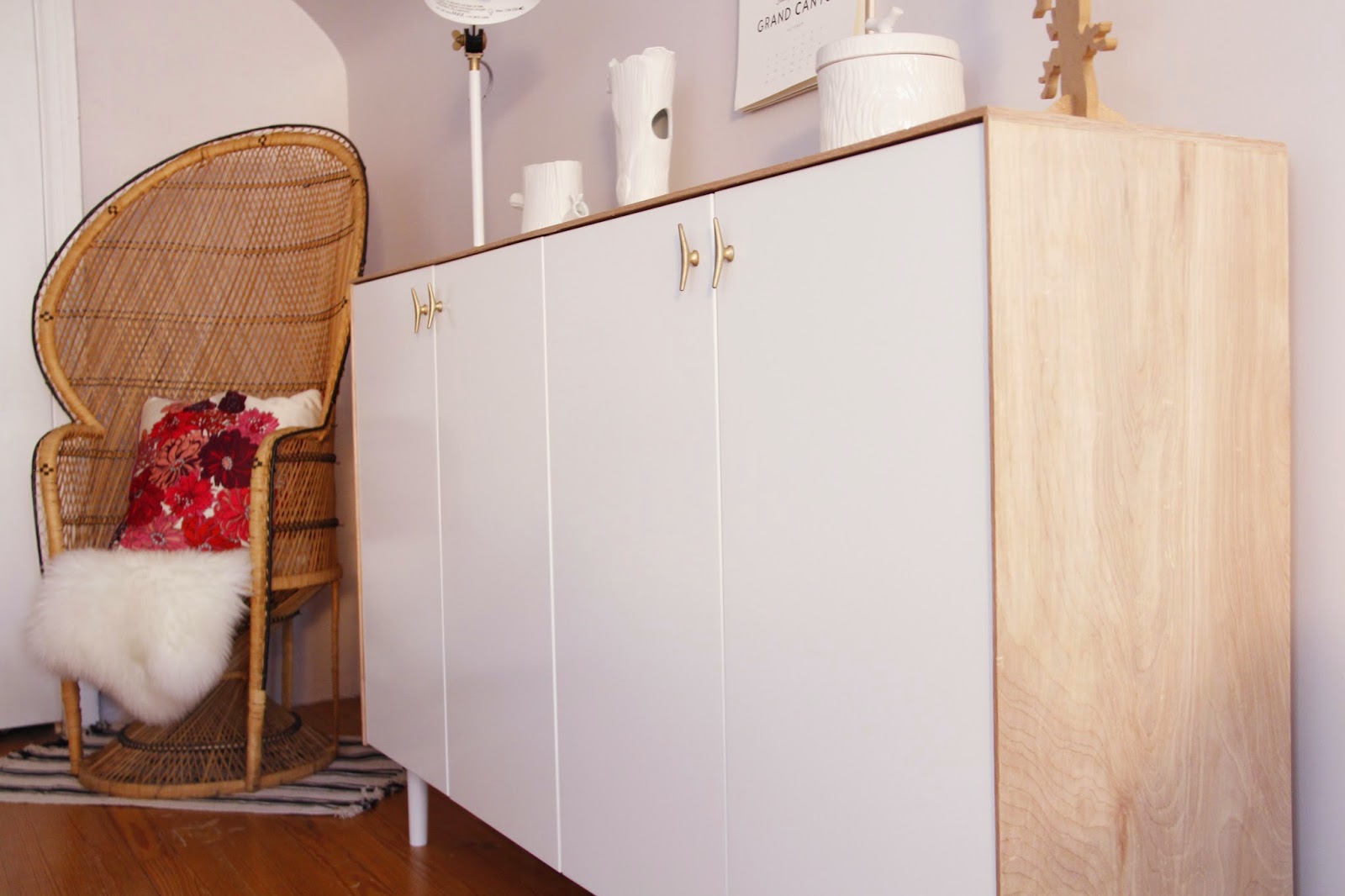 The fauxdenza has been recreated on dozens of blogs ever since Anna of Door Sixteen unleashed it onto the world, and with good reason. It's an affordable and easy way to create attractive storage. The clean mix of white cabinets and dark wood made me swoon when I saw it on The Brick House a couple of years ago and I wanted to make my own so badly. Unfortunately, installing wall cabinets wasn't exactly a renter-friendly option, so I filed it away as something to maybe try when I own my own home in approximately 100 years. Fast forward to a few months ago, and I was still on the hunt for a credenza. I wanted something moveable, modern and minimal, not too expensive, and maybe even something that needed a little extra work or customization. Craigslist, flea markets, and antique stores were fresh out of exactly what I wanted, and though there were several store-bought options that were close, their price tags were high enough to make me choke. So I thought about those pretty little white Ikea cabinets some more, and decided it was time to make a fauxdenza 2.0. 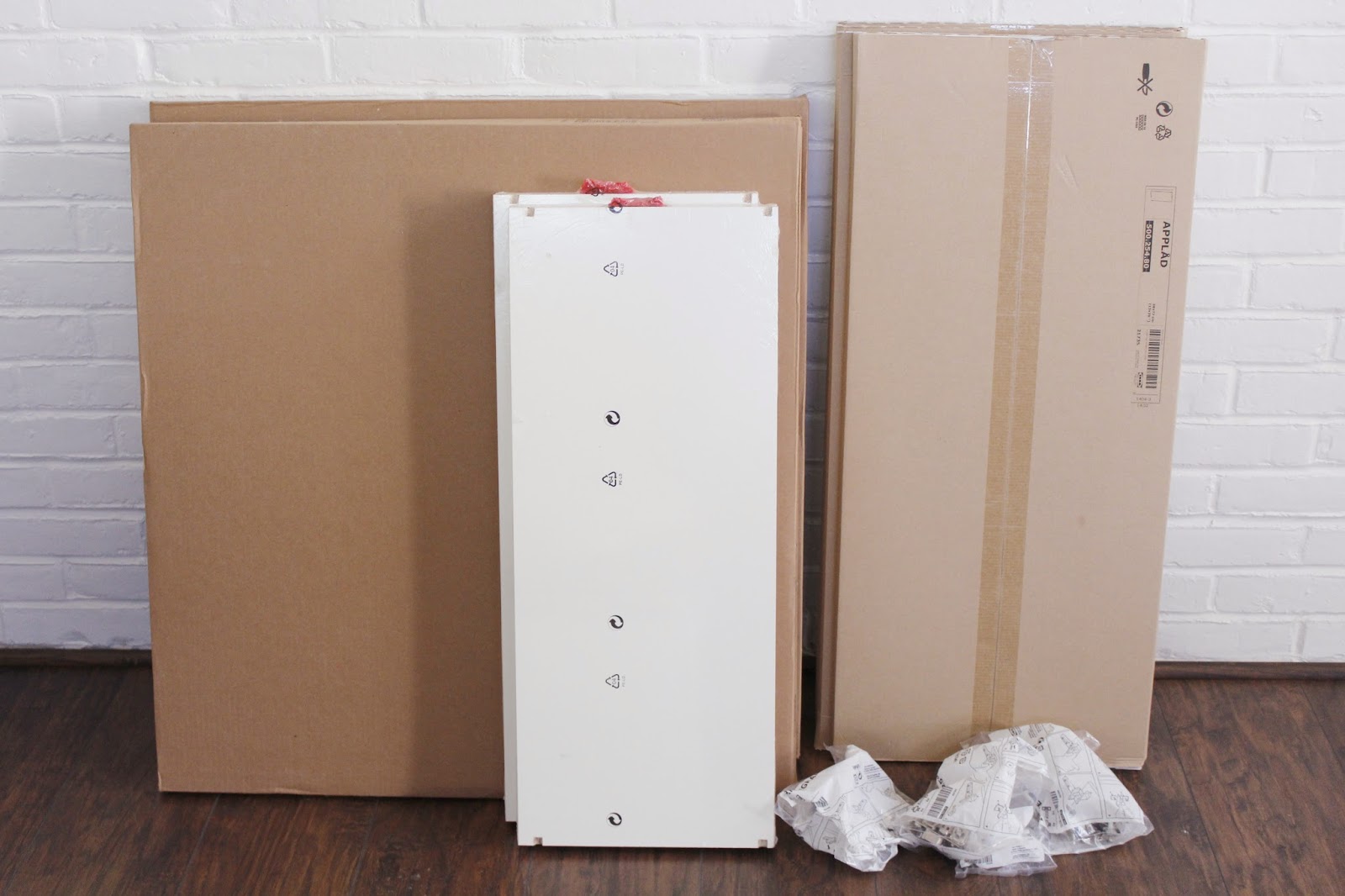 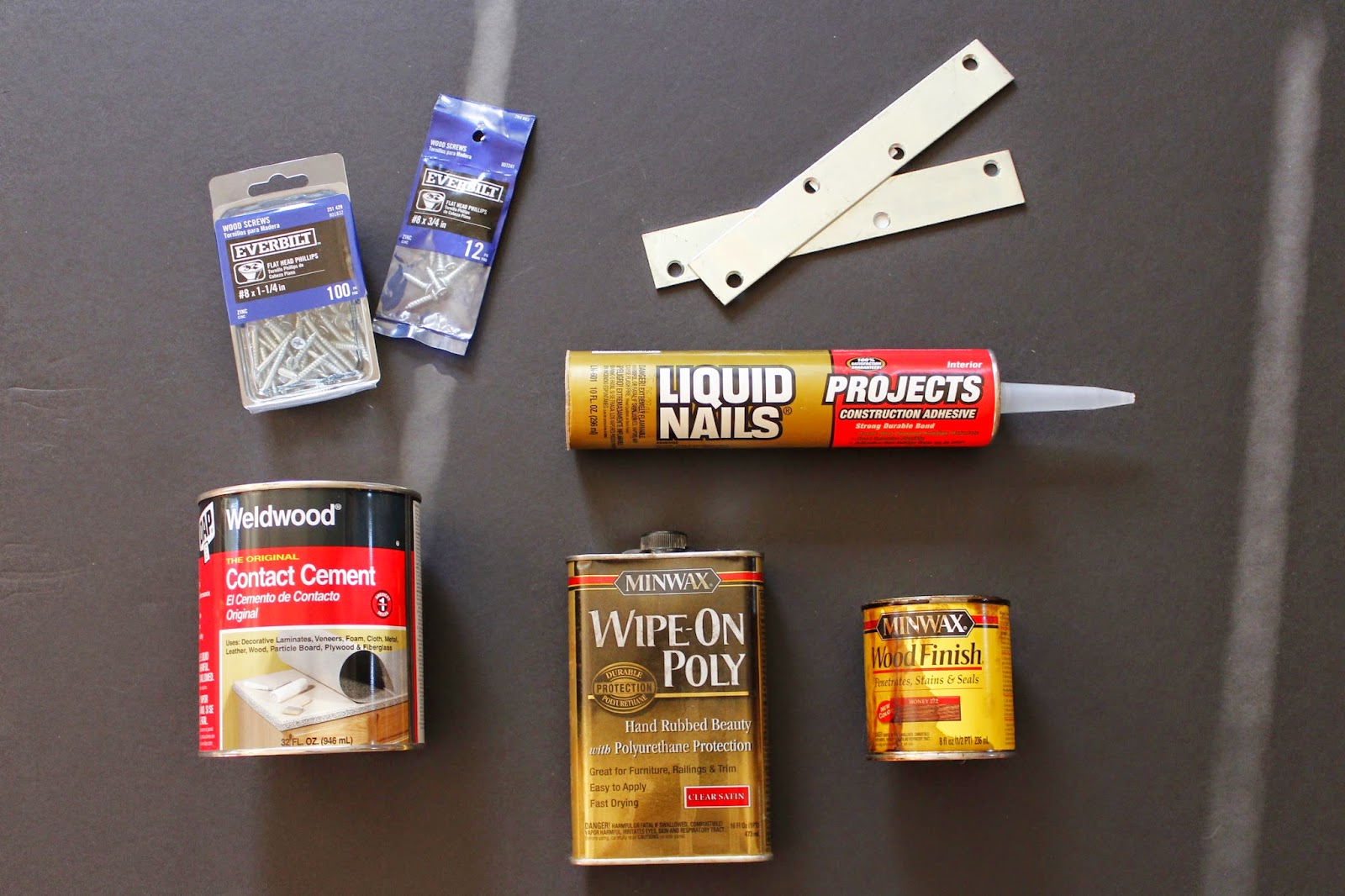 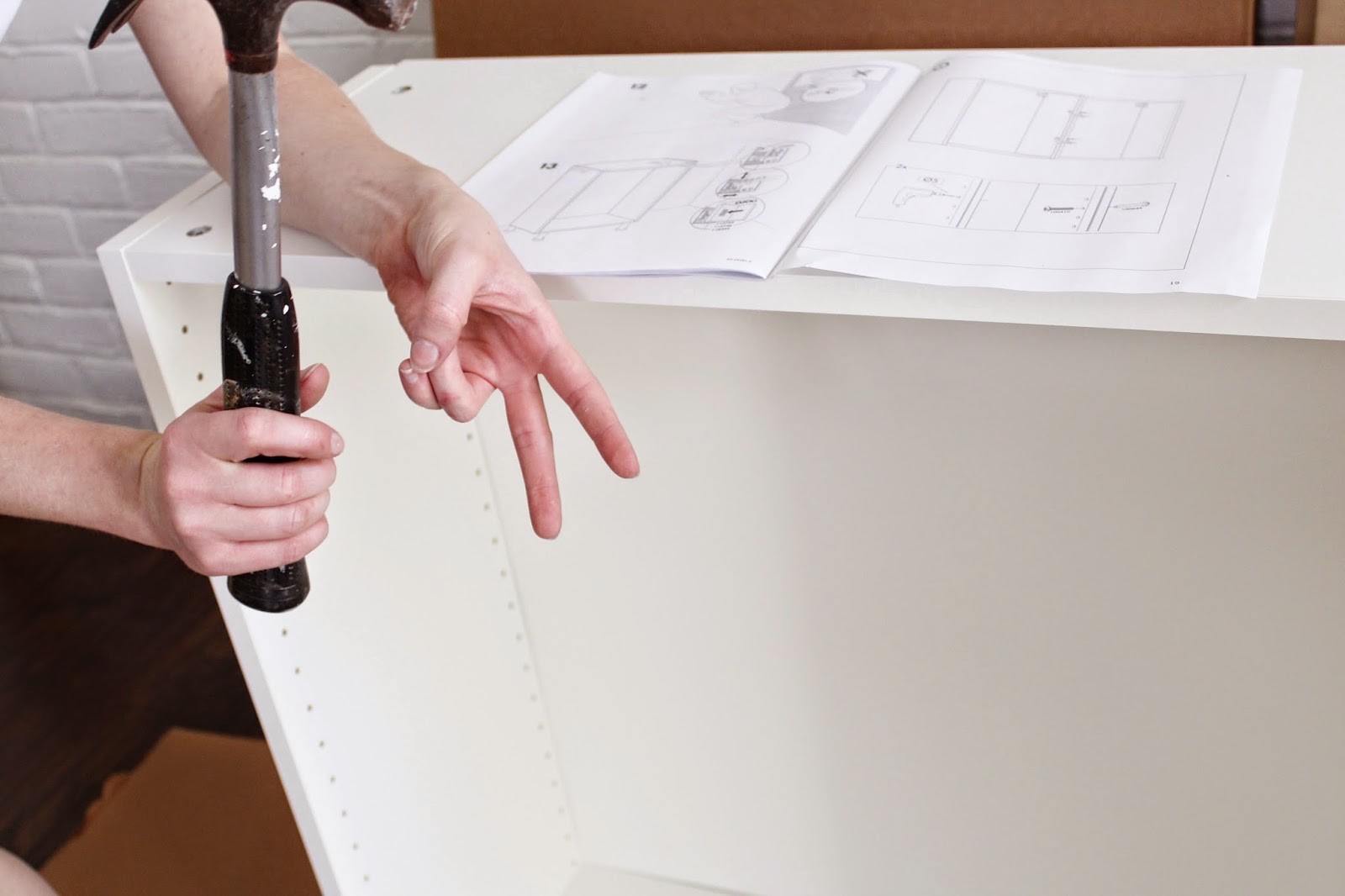 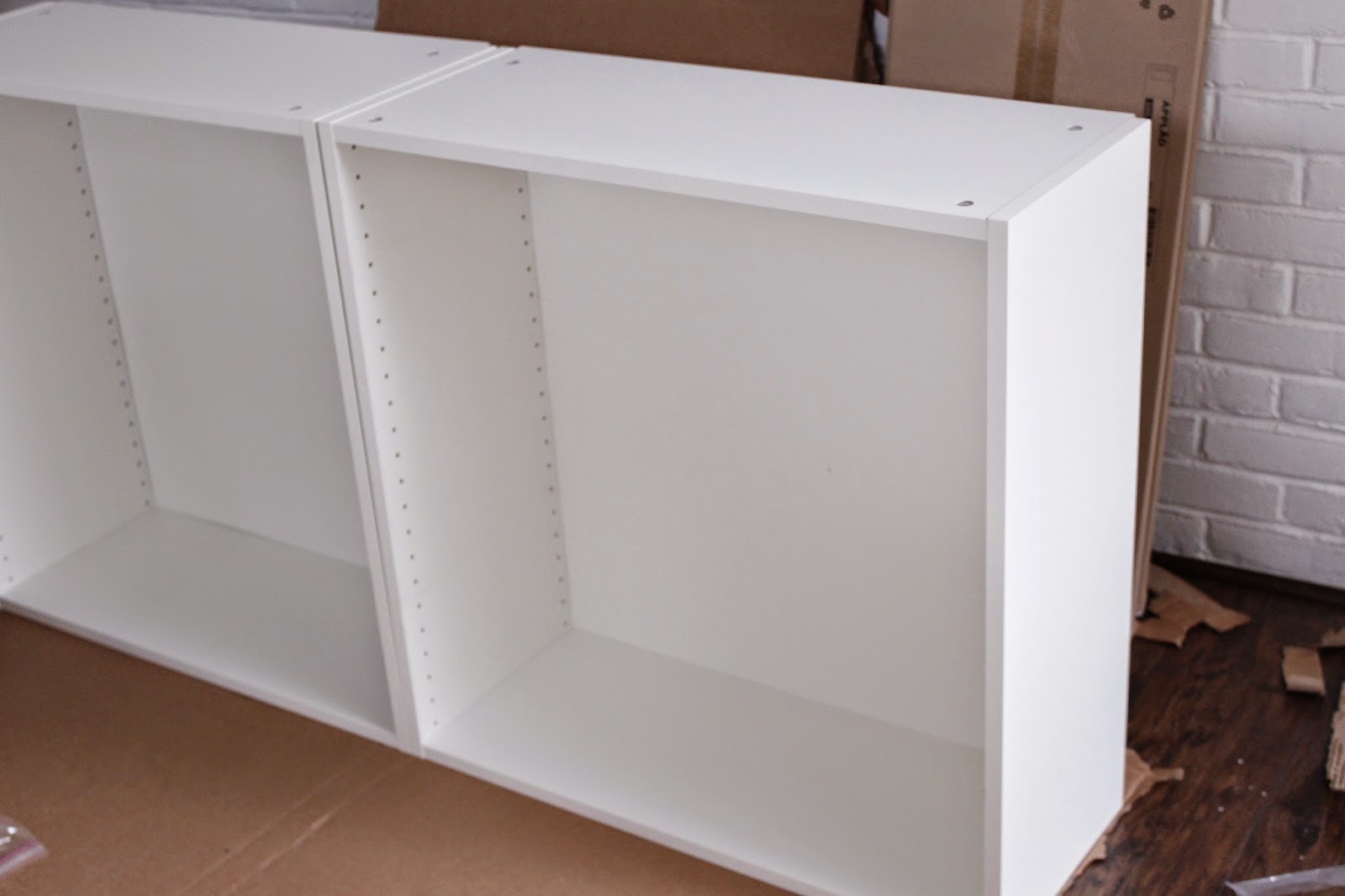 After a nightmarish trip to Ikea (Kathleen was scolded in the throw pillow section) and letting the parts sit in boxes for a couple months, I assembled the base cabinets. 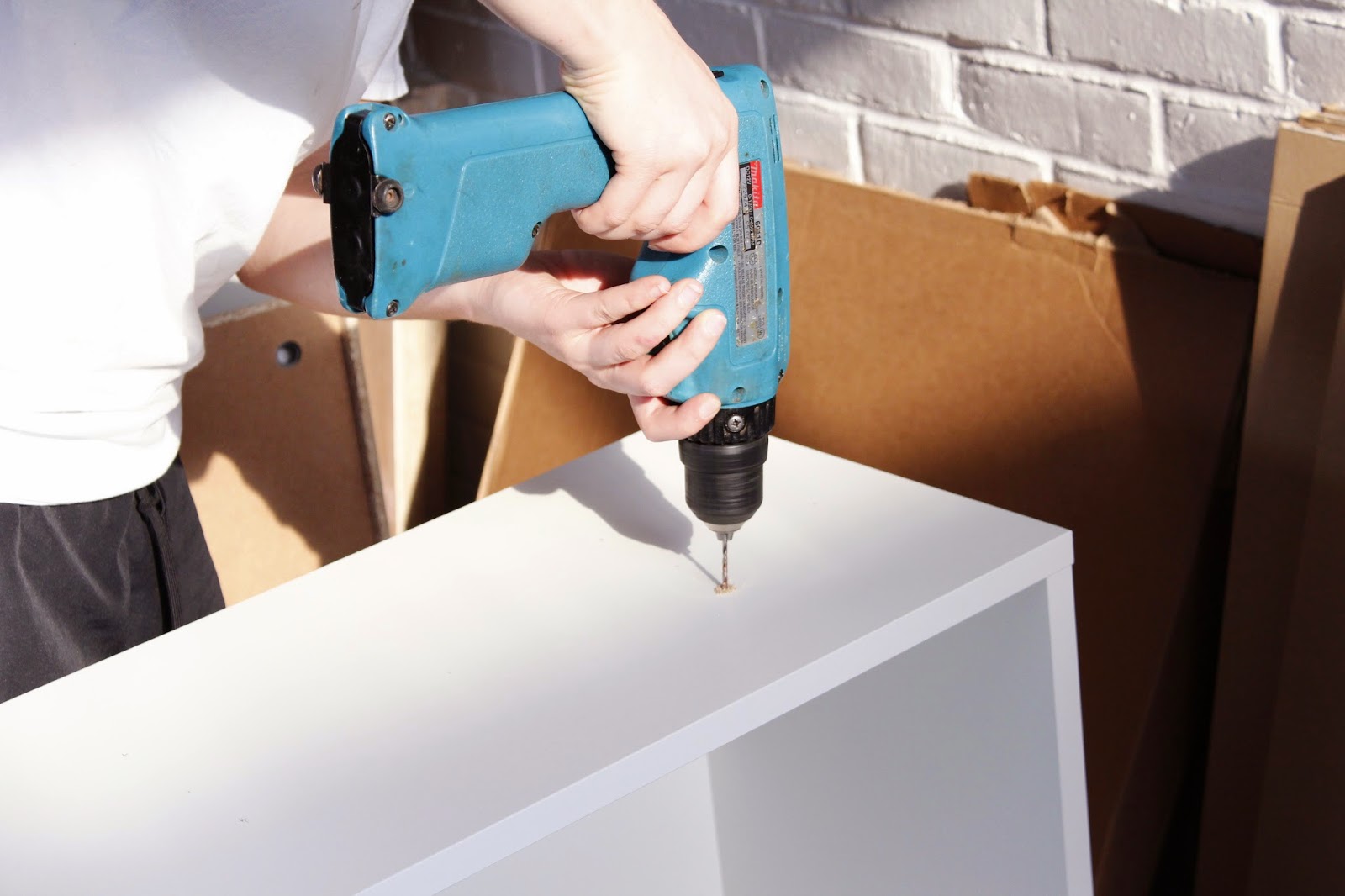 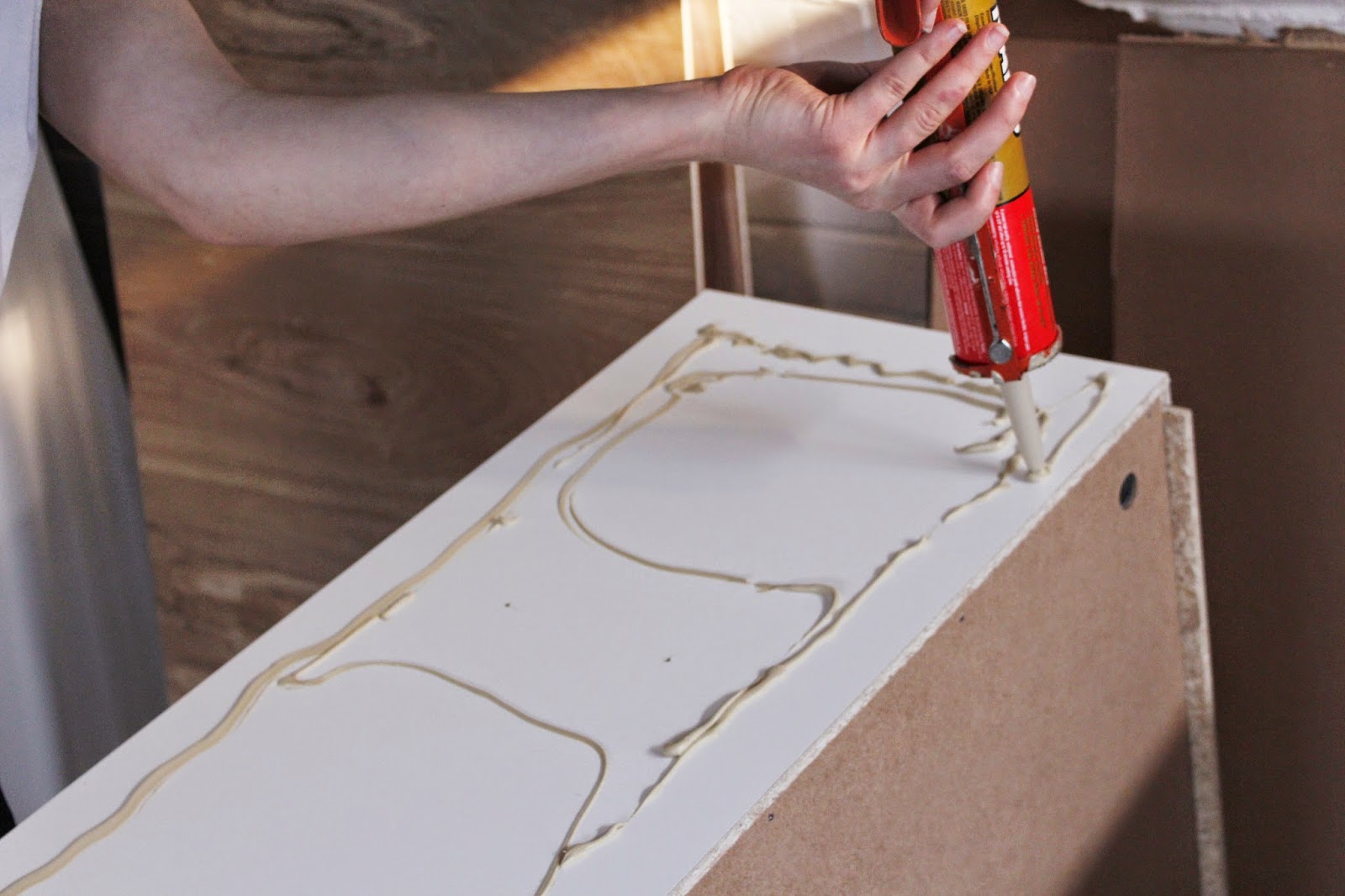 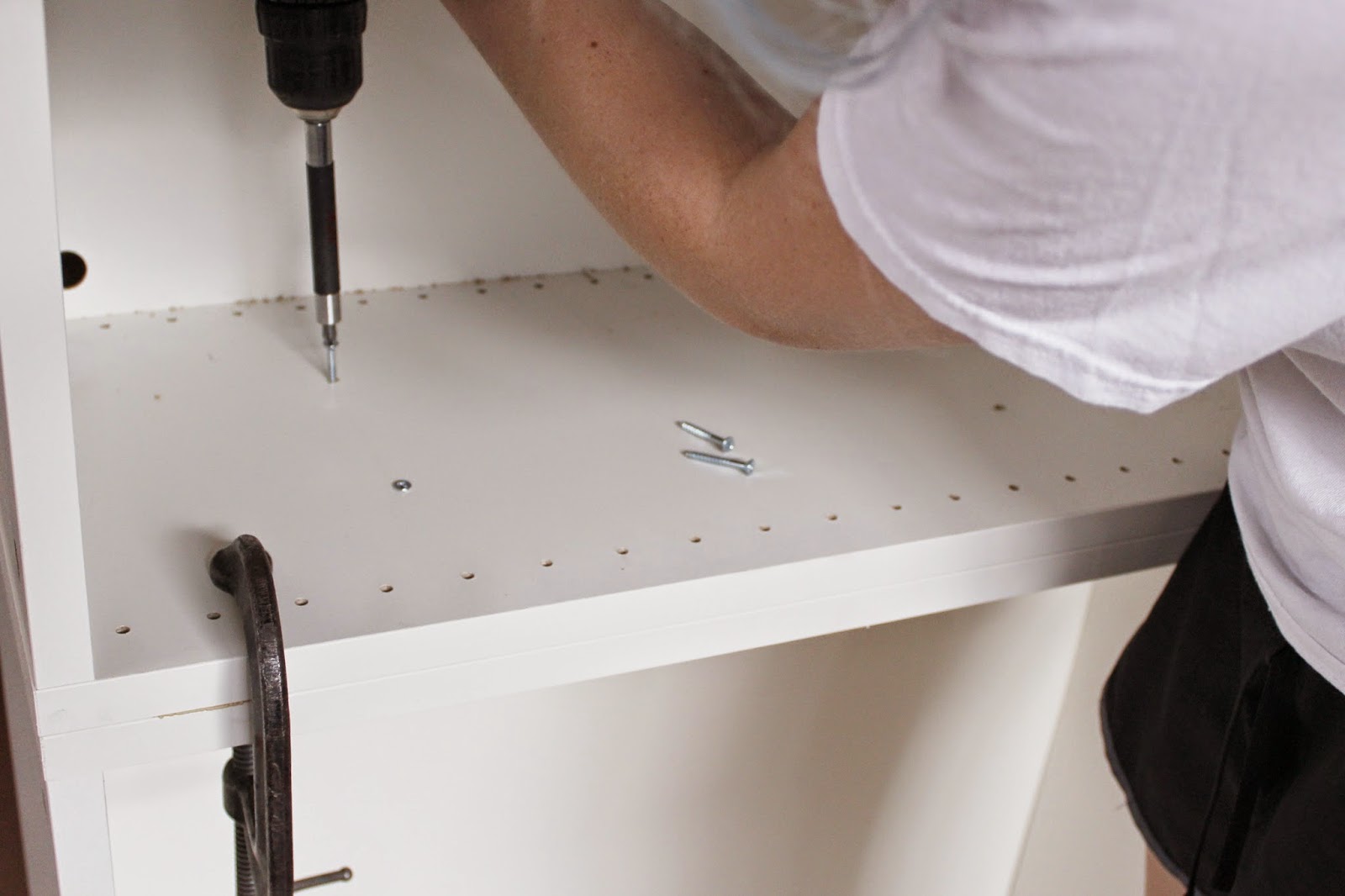 Next, I flipped the cabinets on their sides and drilled two rows of two pilot holes on the sides of the cabinets that would be stuck together. The rows were staggered so that there could be screws going in from either side. Then I covered one side in Liquid Nails, set one cabinet on top of the other, and clamped them together. I let them dry for a while before driving the 1-1/4" screws into the pilot holes. Then I let the cabinets dry over night. 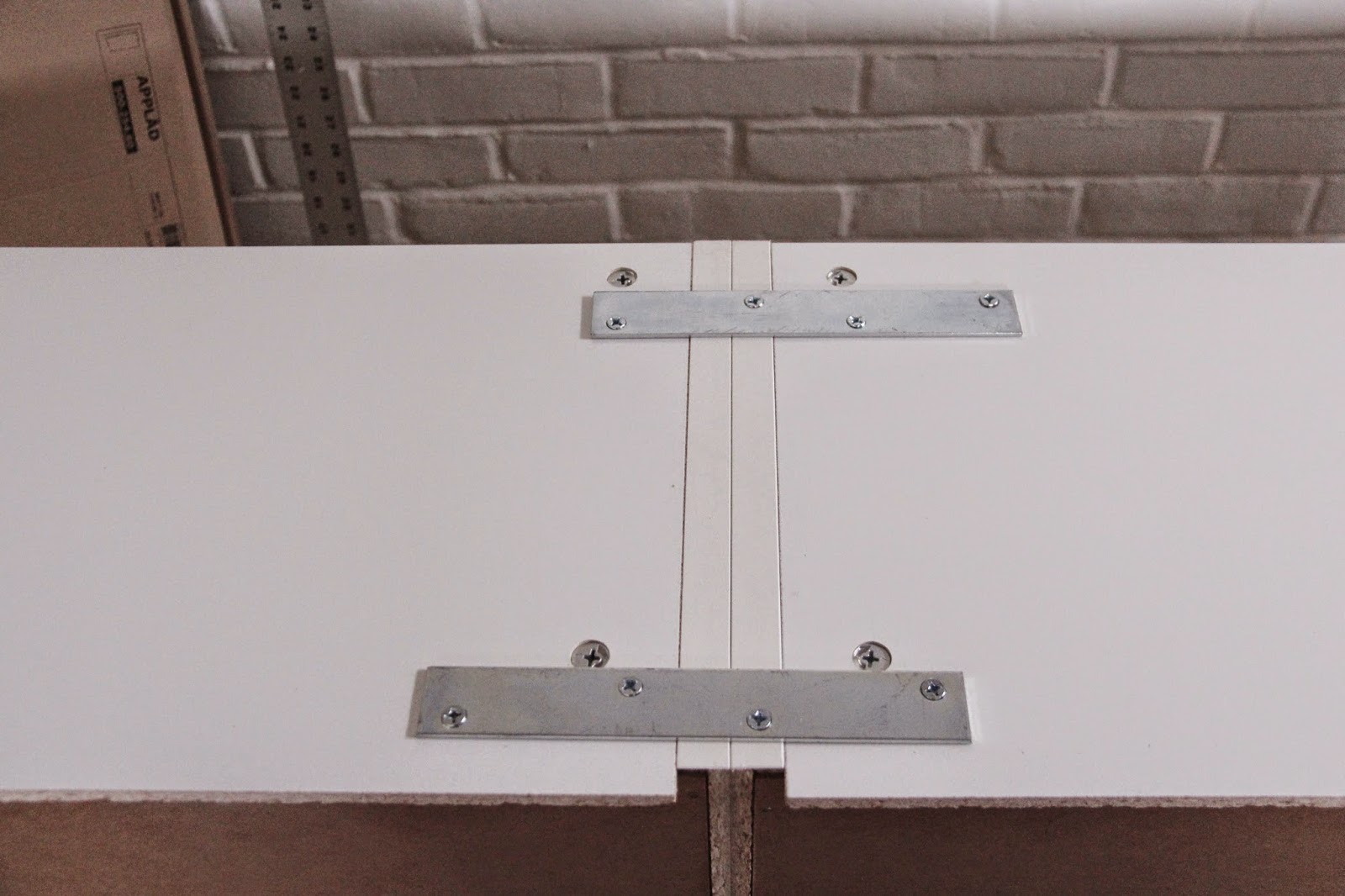 Once the cabinets were dry, Kathleen and I flipped them upside down. Then I attached the flat brackets to the bottom for more stability with the 3/4" screws. 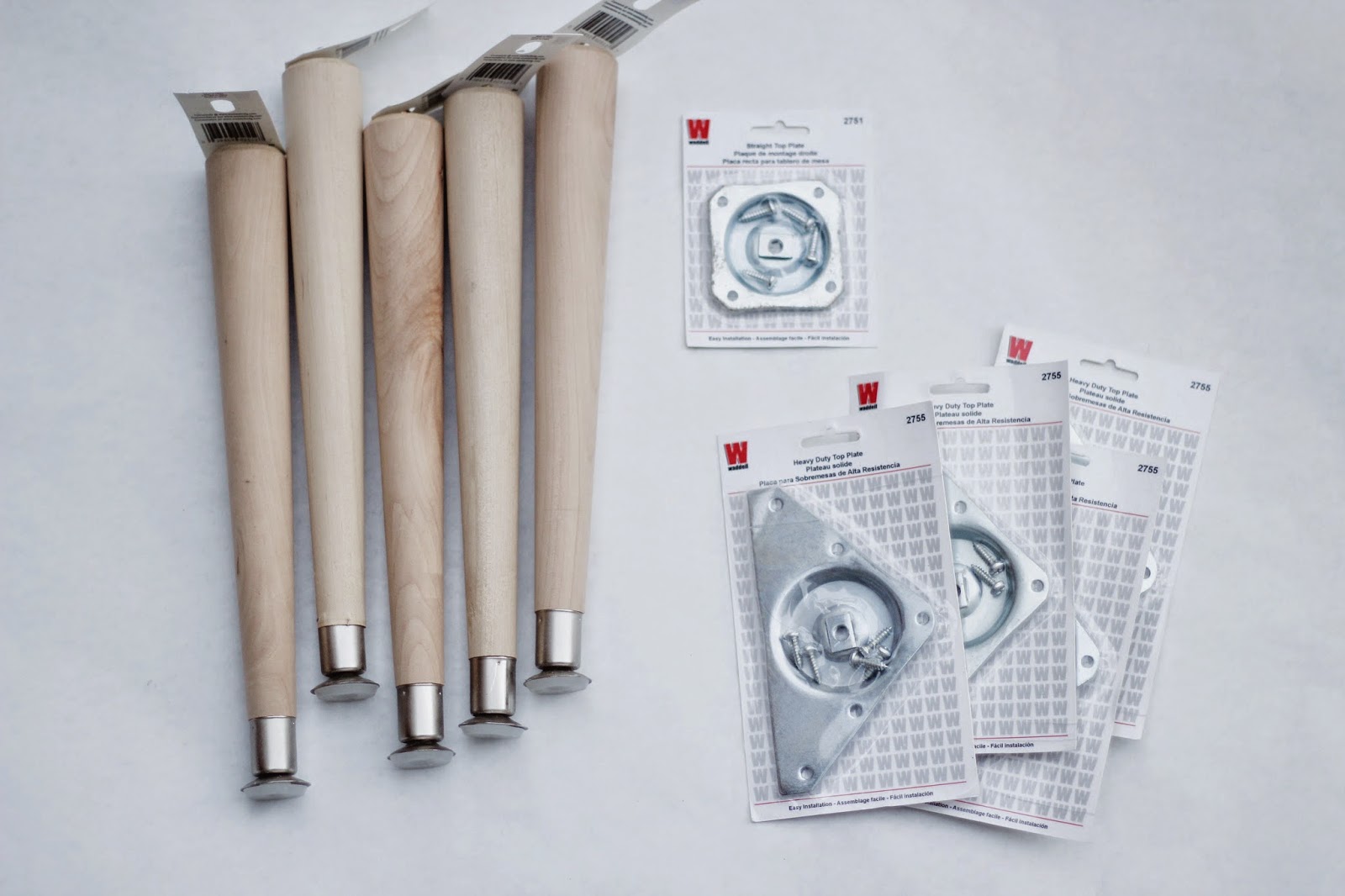 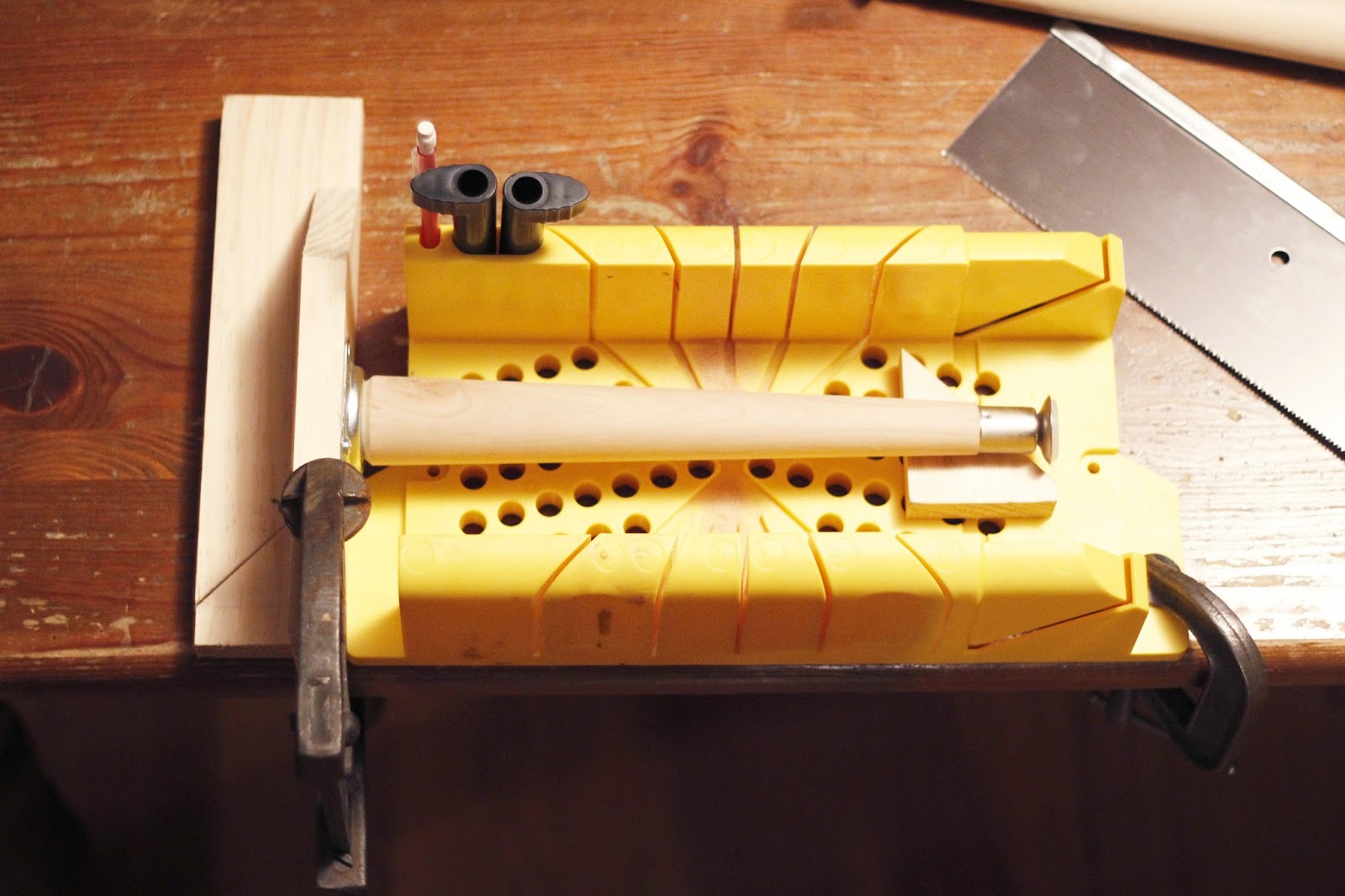 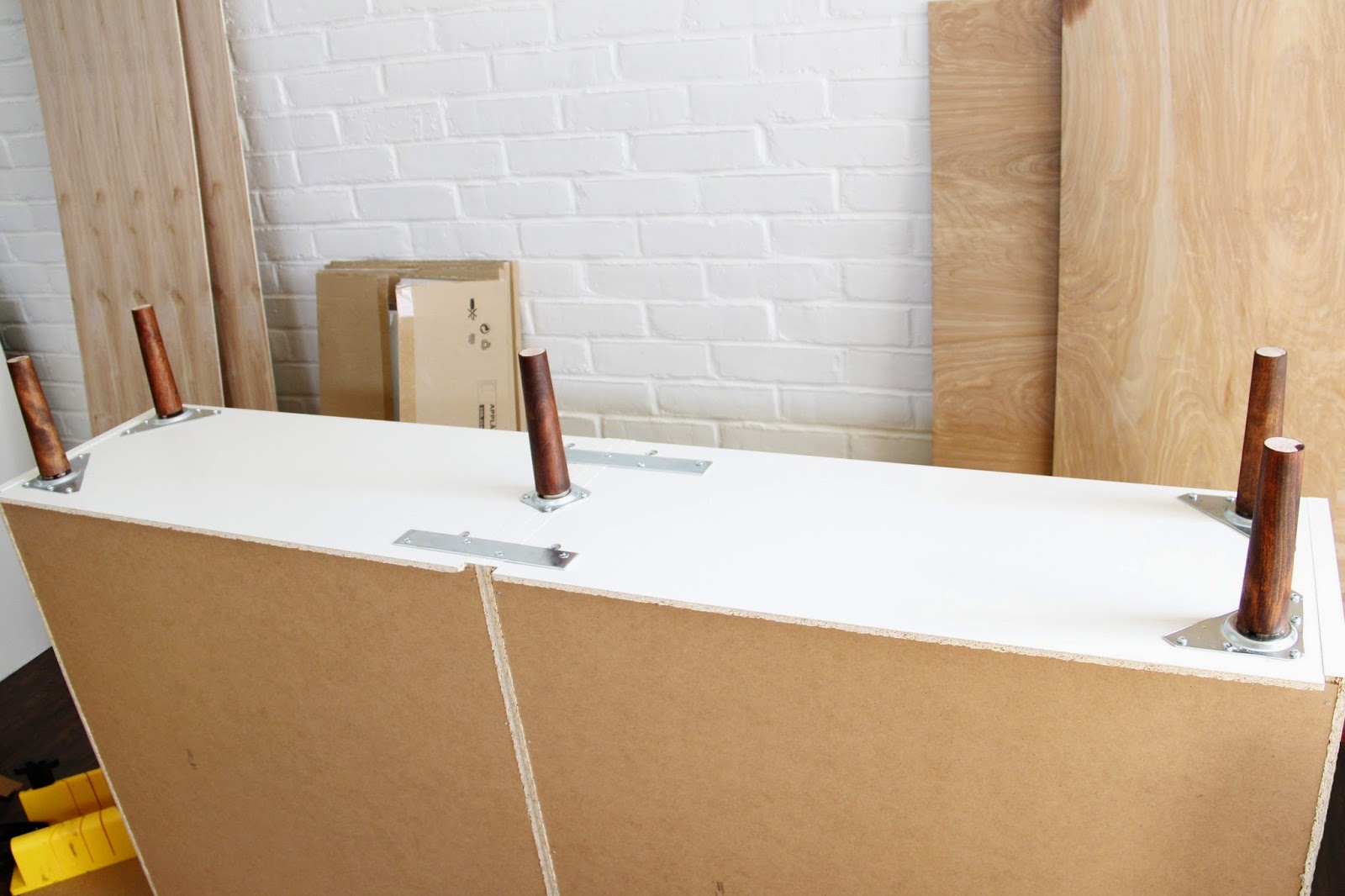 I wanted the cabinet to have tapered legs, but didn't exactly want to pay $10+ per leg. So I bought inexpensive 12-inch Waddell legs and cut them down to 6 inches to remove the ugly feet. I screwed the square leg bracket to a piece of wood and clamped it to the table. Then I just screwed in each leg all the way before cutting it in the miter box so they would all be the same length. Next I stained the legs with Minwax Honey and gave them a coat of wipe-on poly, which I later covered with white paint. I originally planned on having five legs because I thought the cabinet would need the support, but the fifth leg looked weird and the cabinet was plenty stable without it. 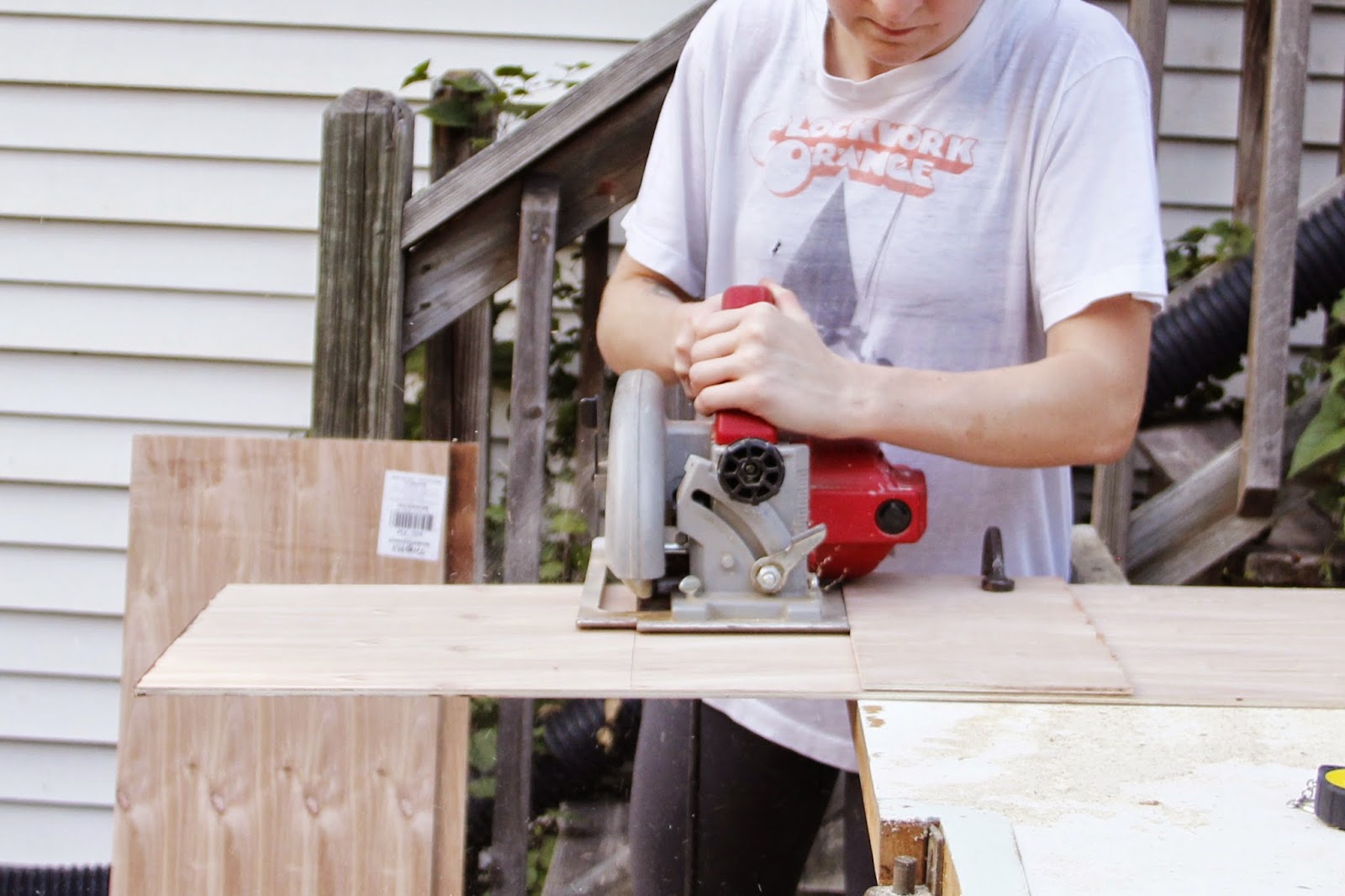 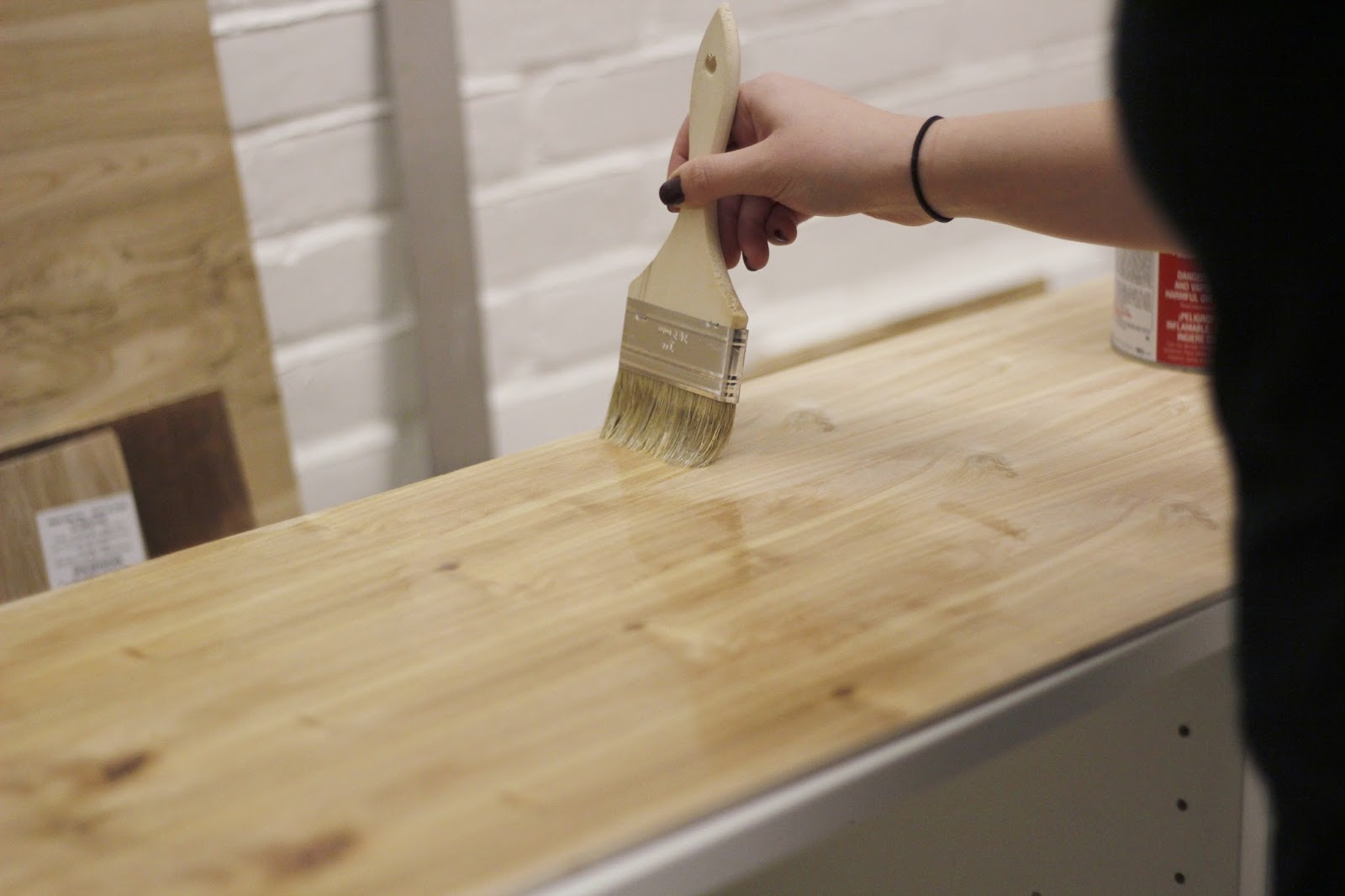 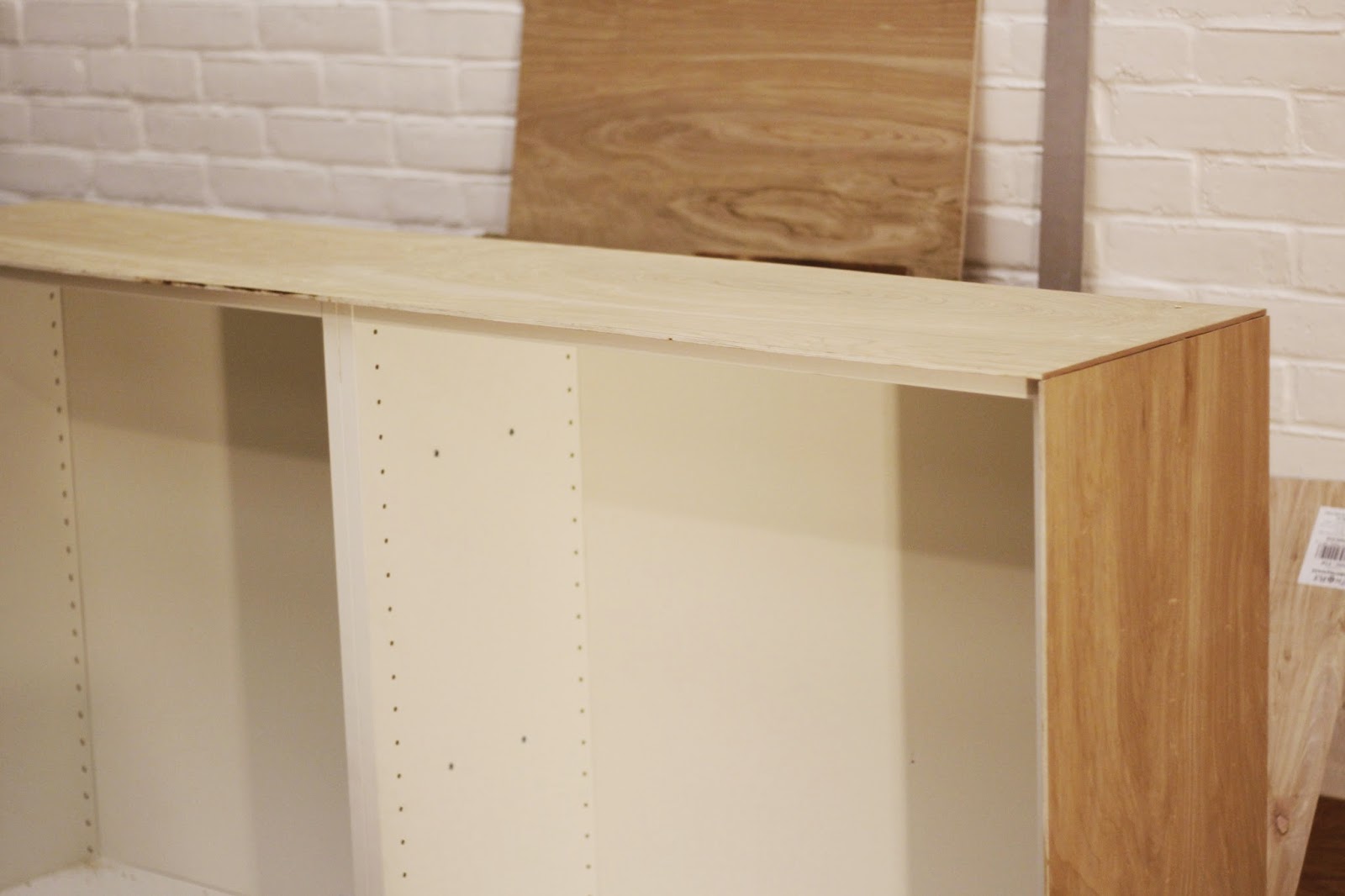 Next I cut down my birch underlayment to size with the circular saw. We painted contact cement on the outside of the cabinets and the wrong sides of the wood pieces. Then we stuck them to the cabinets and hit them with a mallet to activate the adhesive. Then I covered up the ugly plywood edges with birch veneer. I had originally planned on staining the whole thing with the Minwax Honey, but loved the look of the birch so I decided to give it a very light coat of wipe-on poly instead. 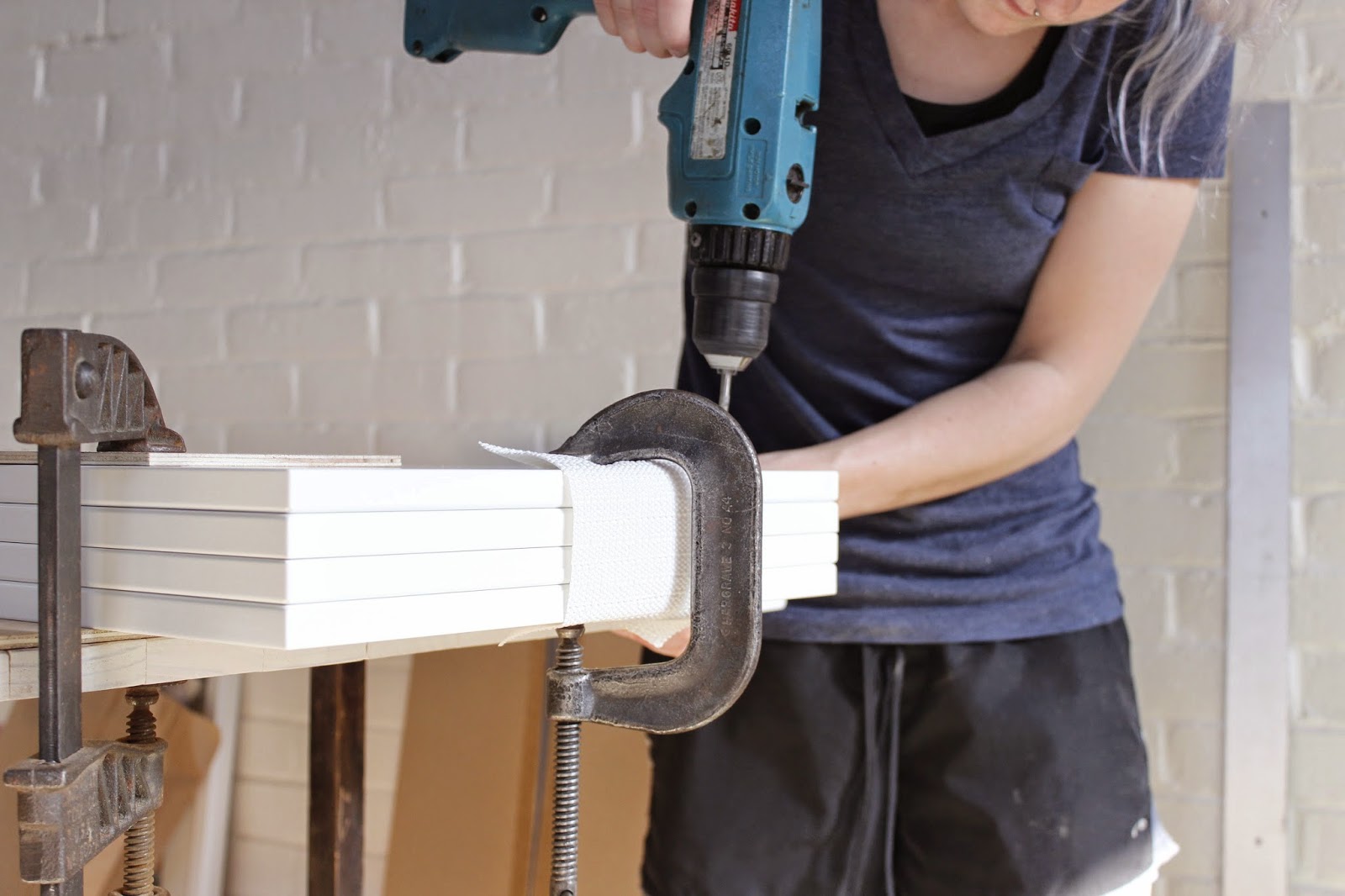 Next I drilled the handle holes in the doors. I used some wood scraps to help line up all the doors perfectly and clamped them down before drilling through them all at once. This probably doesn't seem like the best idea to some, but I was really worried that all the holes would be off and the handles would look bad. This scheme worked great for me and all the holes were perfectly aligned. Lastly, we moved the credenza to its new home, I put on the hinges and doors (somehow the most frustrating part of the whole project), and put on the knobs. Then I stood back and did a little dance because it was finally complete. 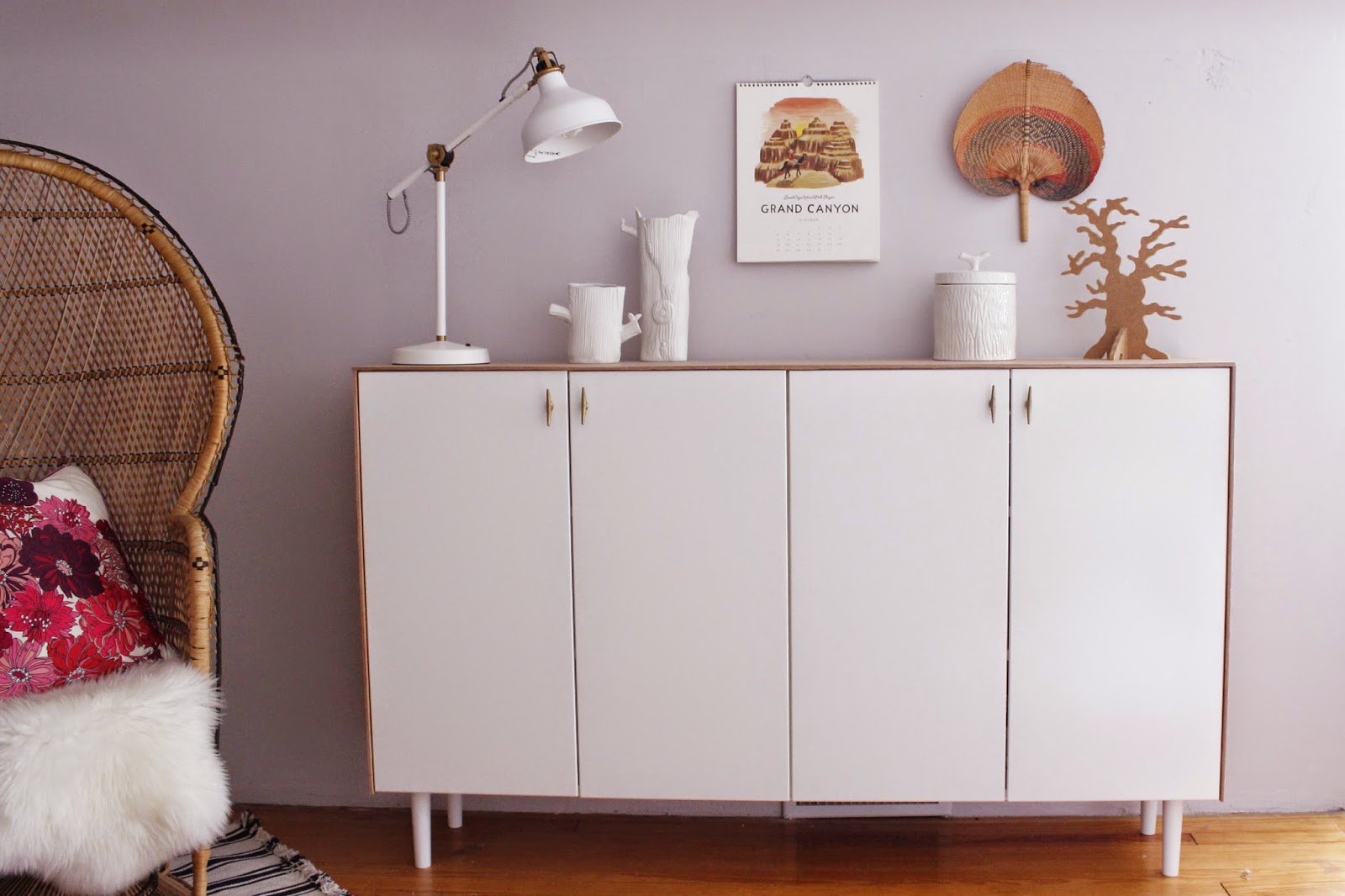 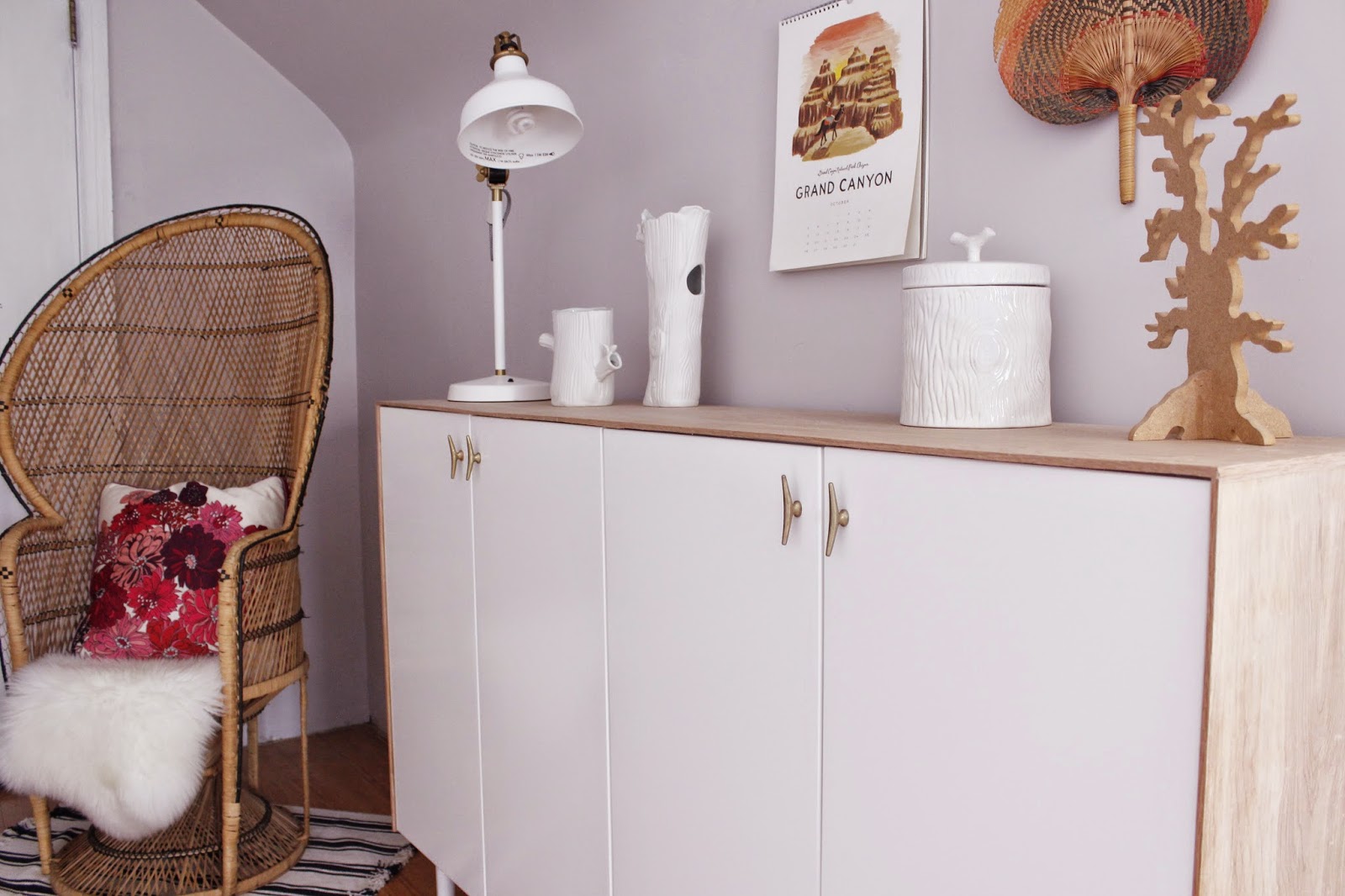 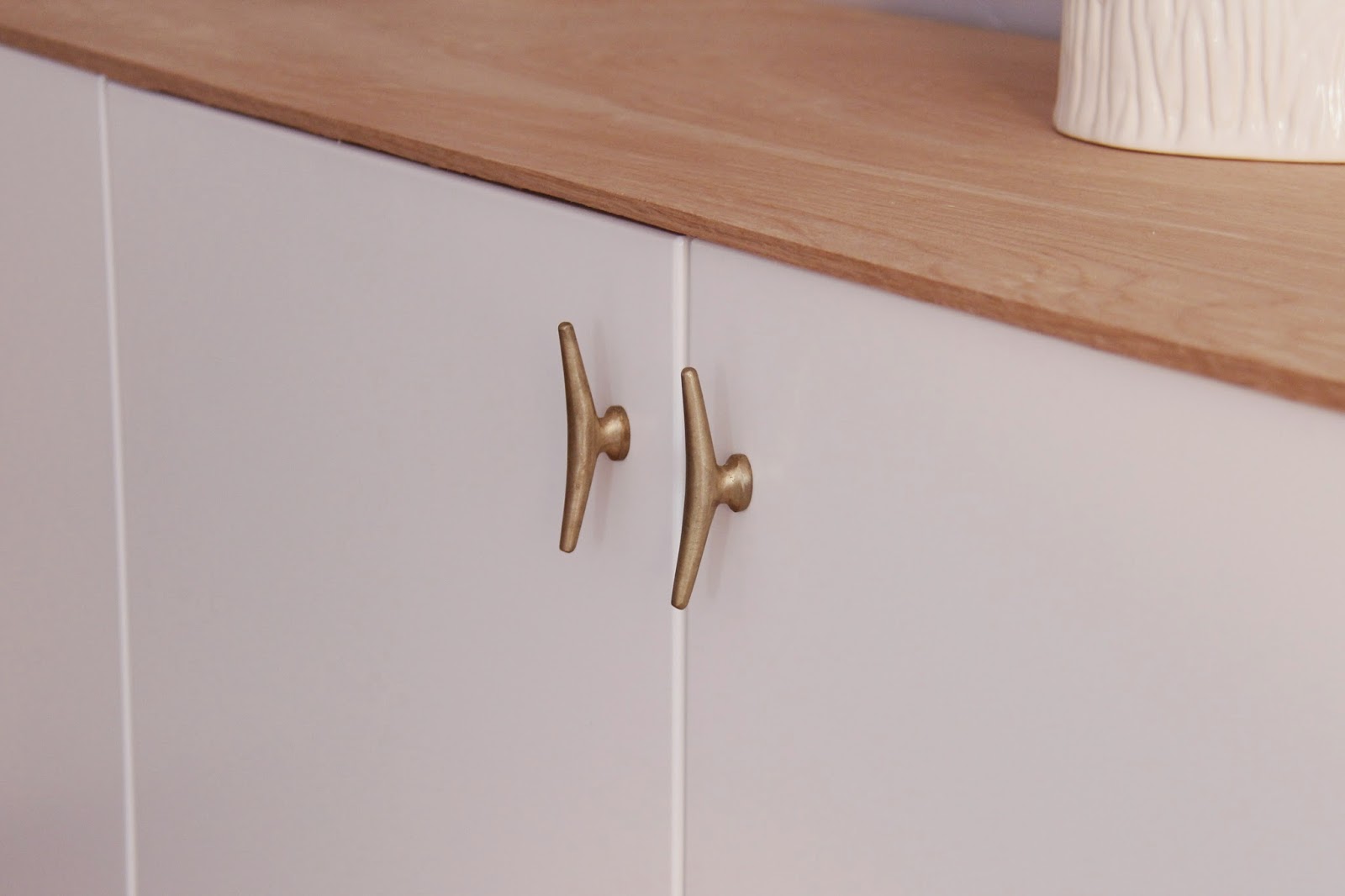 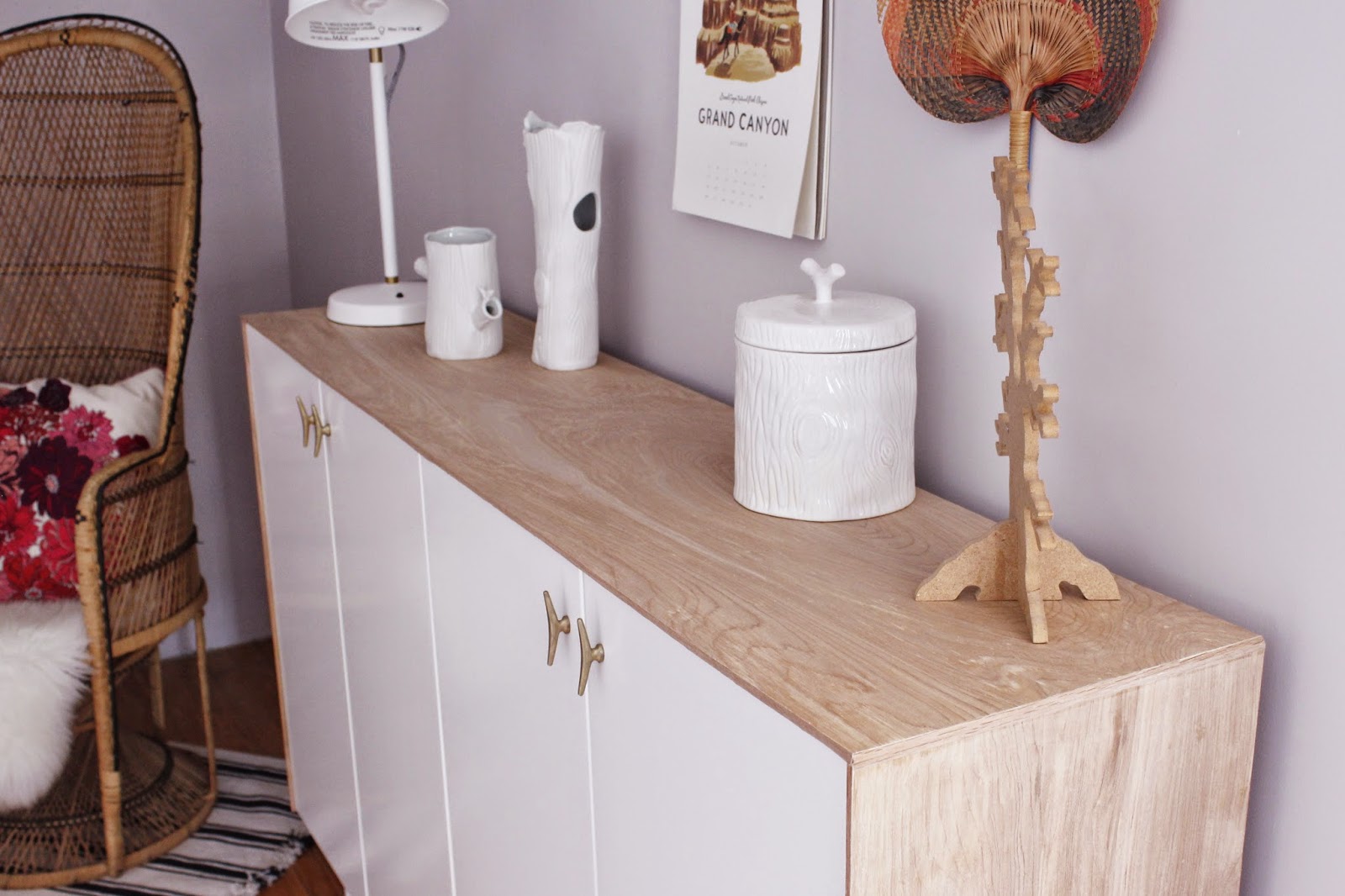 Light, airy, and modern, it's exactly what I was hoping for. I'm honestly really proud of this project because I was worried it might actually end up being a disaster. Fortunately, it turned out just right and it can go with me wherever I move.
Labels: before and after, diy, furniture, ikea, make it