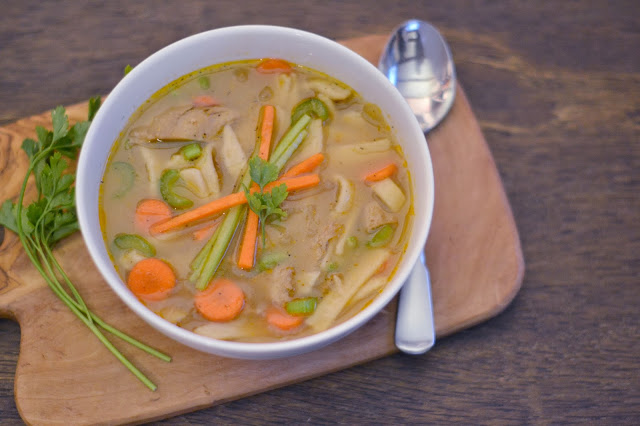 When I was a kid, my parents made the most delicious chicken noodle soup that was chock-full of veggies, chicken, and thick, short, homemade noodles. My first winter as a vegan, I got wicked cravings for their soup. I tried making some with store-bought pasta and soy chicken but it just wasn't the same. So I starting scouring the internet for a vegan pasta recipe and found this one from Vegan Dad. I was a little skeptical since I had never made pasta without an egg, but it came out perfectly on the first try. And best of all, it's ten times easier and never fickle like egg pasta.

Add flours and salt to the bowl of an electric mixer with paddle attachment. Mix briefly on low speed to incorporate. Turn speed up to medium high and add olive oil and then water. When mixture starts to clump together, turn off mixer. Knead dough until smooth. Break the dough into two or three pieces and flatten them out with your fingers on a clean counter or piece of parchment paper. 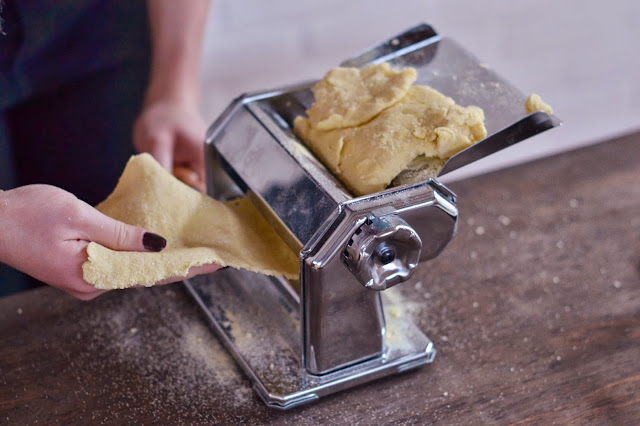 Dust your pasta roller with semolina flour and begin rolling the dough through. If your dough gets holes in it in or breaks as you're rolling, you can patch it with pieces of dough and pass it through the roller again. I leave my roller on the thickest setting, but if you like your noodles a little thinner, start at the largest setting and pass through multiple times on thinner settings. If you don't have a pasta roller, you can use a rolling pin or wine bottle to roll out the dough on a flour-dusted counter or pastry cloth and then cut the noodles with a knife. 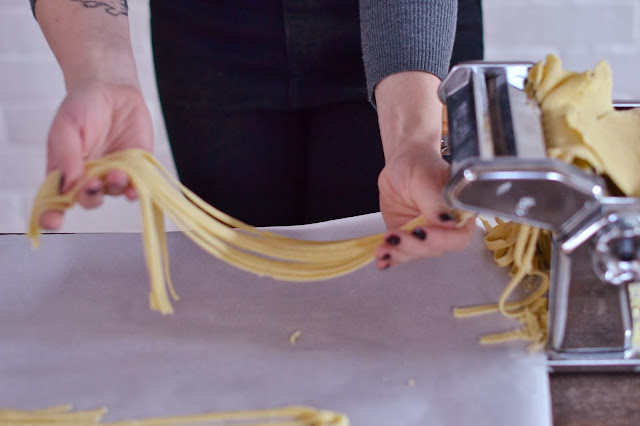 Once all of your dough has been rolled into smooth, consistent pieces, put the noodle cutting attachment on the roller and pass dough through the widest cutter. Cut the long noodles into 2-3 inch long sections with a knife and spread them out on a piece of parchment paper or baking pan and set aside. 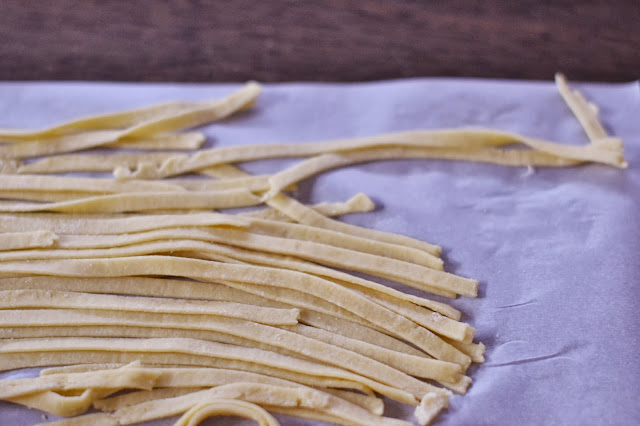 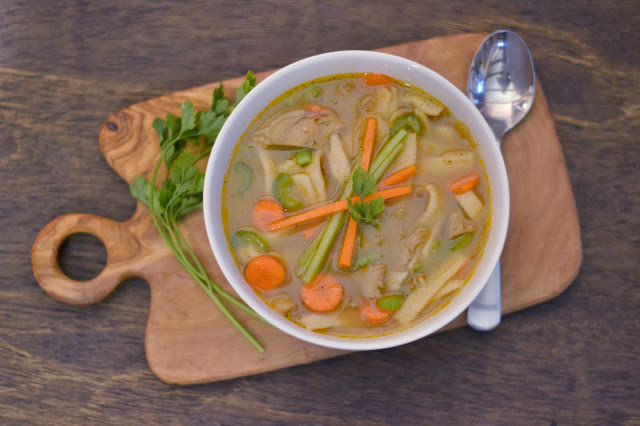