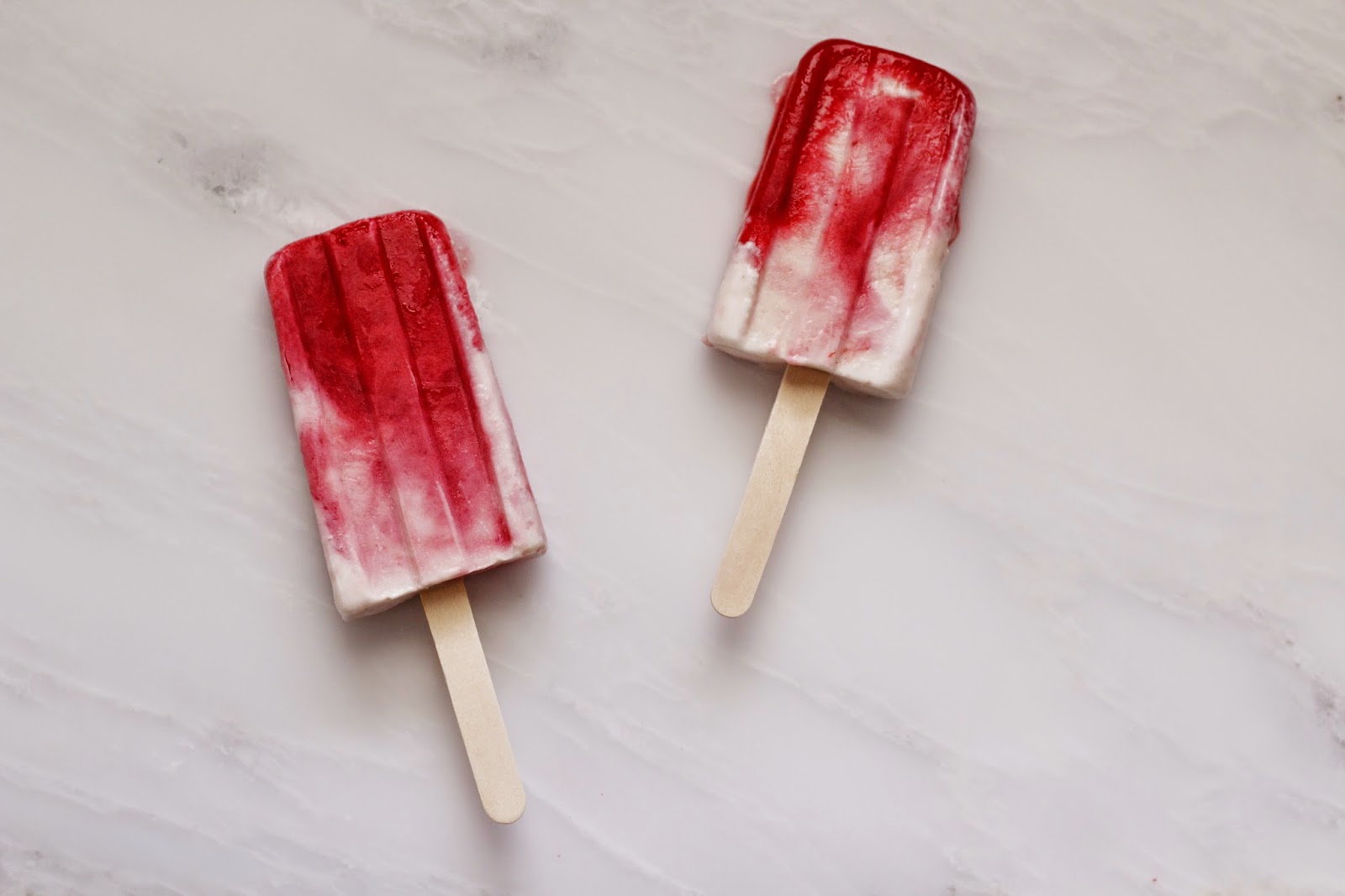 We still have two more boozy ice pops to share, but we really considered stopping at these, because there is probably nothing, ice pop or not, that could be better. In fact, we really considered stopping after adding bourbon to vanilla ice cream and just eating that. While that's certainly a fine idea, go ahead and make these pops--the raspberry is the perfect companion for the vanilla-bourbon creaminess, and they are super simple to make.

1). Puree the berries, sugar, and water in a food processor. Using a fine mesh sieve, strain the puree into a measuring cup or other container that is easy to pour. Discard the seeds and rinse the food processor bowl.
2). Combine the ice cream and bourbon in the food processor and pulse until mixed well. Transfer this to another measuring cup.
3). Distribute the raspberry mixture among the wells of the pop mold.
4). Add the ice cream mixture to each well of the mold.
5). Using a wooden skewer (a chopstick, knife, or something similar also works), swirl the raspberry and ice cream together in each well.
6). Insert sticks and freeze overnight. Run the mold under warm water for a few seconds to release the pops. You can wrap each unmolded pop in freezer paper, then put in a plastic bag, and freeze for enjoying later. Makes about 8 pops. 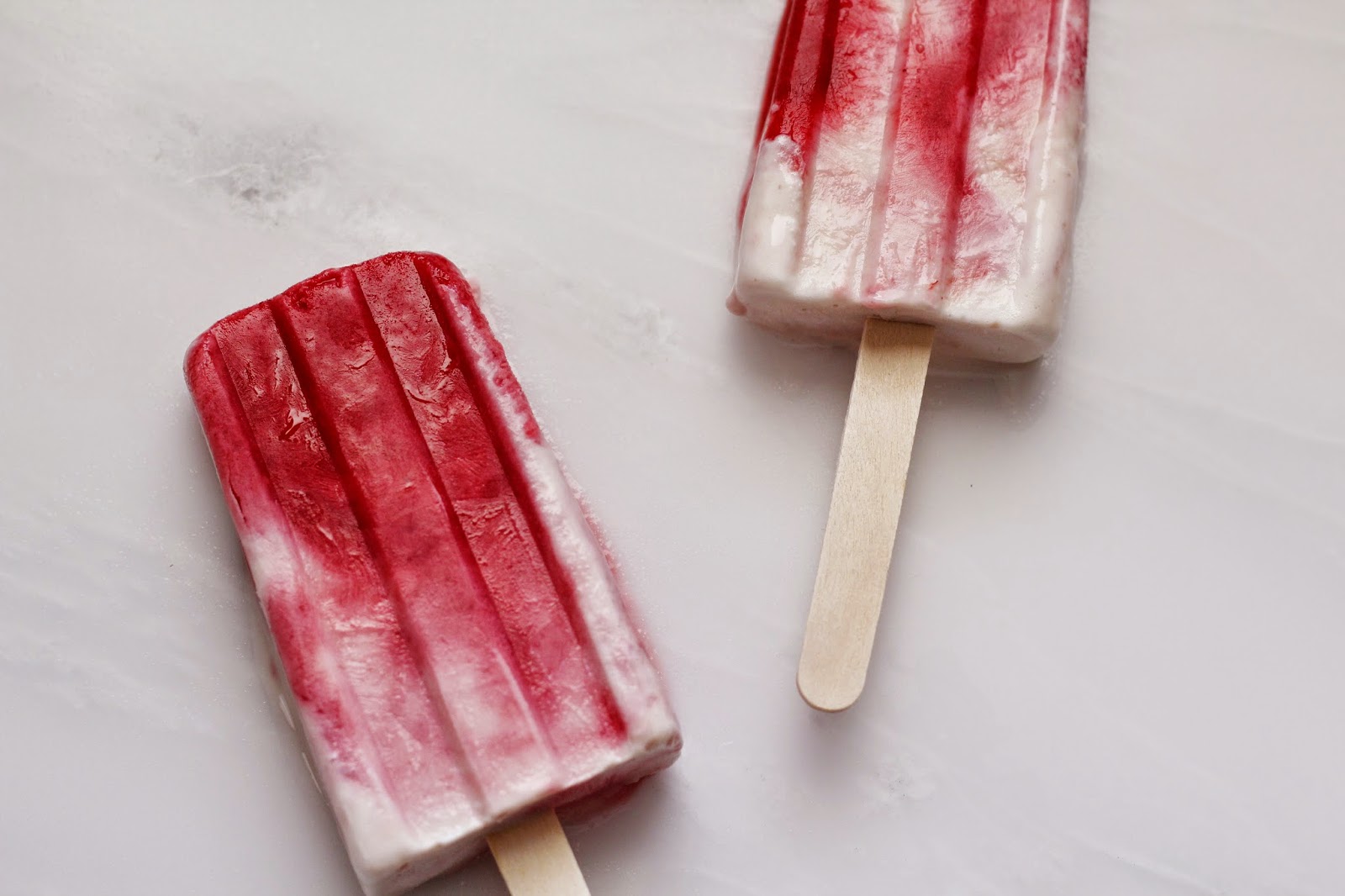